fuck nfssa, literally best fucking game ever created i want to have fun and grind 24h to achieve everything fucking hell

W temacie: You don't have where to spend your money?

Neither of those 3 are going to happen. People earlier explained why purchasable garages is out. 2 and 3 is not going to happen because that opens a way for in game money transferring, which is always a bad cause in games and avoided since ever on this server. Reason: aids. Nobody should be able to beg for money in global chat or feeding money their mates so they don't need to play the game to get something.

No idea where to spend your 1 million cash? Get premium (free right now) and just buy 250 Moonbeams or whatever.

There is just too many decorations and vehicles that don't add anything to the gameplay. While it doesn't seem too many and in fact is not that many, the compact map layout makes a lot of them renders at once. So maybe clean it up a bit. The objects i find better be gone are the Sentinel on the most left near start that has no purpose, The limo and premier lineup because it felt weird, The extra firetruck on fire HQ because its redundant.

The ramp decoration on doherty would actually makes a good shortcut with how that part is mapped but it just doesn't work with where the finish line is located so if you really want to change the route you might want to consider the ramp shortcut. Maybe go straight after Wang cars exit to give a better flow for the jump shortcut route.

No reverse due to unforeseen possibility.

Title says it. Now that a racing event is coming up, i remember what i hated the most with this game. Since the devs apparently don't care as much about game balance anymore because iT's PRetTy MucH ComEDy wiTh ThIS GAme EngINe, guess all that left is us players that still cares about it. Hopefully the devs would bats an eye to this and made adjustments accordingly if things gets figured out correctly. in the end we are the one enjoying the results anyway. I would also like inform that this is not typical thread to preach about your favorite cars being sucks (Although i don't mind hearing about them, but please keep them on bare minimum) but more like to talk about the overall system within the game. Expect text walls. With that being said, now here it goes.

I will start with Performance upgrades. I have talked a bit about it on the other thread. This thing is quite as imba as the cars selection as it's also the factor of why higher class cars excels at URLs and etc despite having same scores with lower ones. Specific upgrades has too much powerful benefit than the other. Not gonna speak about the obvious which is tires upgrades, even the upgrades within the power package have weird score:performance gain efficiency, even with bugged 3 or 4 gears drivetrain bug excluded. Choosing which power performance part that would yield you optimal benefit is like trying to find a magic combination that will give you specific final score.

We have no idea how much acceleration or top speed each part gives, some gives +Topspeed and ++Acceleration for +++score while the other is is +++Topspeed but +Acceleration for the same +++score and it's really confusing. And then there's this -10 and +10 Acceleration dyno that adds the twists. Furthermore that performance bars on the side of the screen on Performance shop are apparently useless asf. Not gonna mention that GTA SA have weird acceleration mechanism which increasing your max speed altered your acceleration as well, forming some sort of power output which might get your head blown trying to balance things up between parts with that.

I have brainstormed myself few solutions. Quite some time ago I have said on the other thread, "Handling upgrades should be treated different to power upgrades. Power upgrades can have it score raise linear while handling upgrades should be weighing more as score getting higher. For example something like stock,street,race,pro tires upgrades for E class gives +0,+5,+11,+22 while on B class it is +0,+9,+19,+39. With this formula, players will need to upgrade their tires to fit their car score range to have better score efficiency instead of putting most grip possible to their setup".

Now i tell about power upgrades. To avoid the complication with balancing between the parts, we can have the parts gains value more simplified in score and values. Engine, ECU and Turbo increase only acceleration and Transmission increases topspeed. Engine, ECU and Turbo's score and acceleration gains will share a same score:acceleration ratio value but varies in number so players can find the correct parts combination to get exact desired final score with any of the choice and results the same as long as the score is the same.

Transmission in the other hand would be tricky and might create another shipwreck in balance, but here it is. Since it is the only part that will change your topspeed, choosing which transmission upgrade to take would be similiar like choosing which tires upgrade that fits your car, track or score range. Transmission dyno should have changes as well. based on how much score they give, -10 dyno would act as if it's an acceleration upgrade equal with other acceleration parts, +10 dyno acts as topspeed upgrade with no acceleration value change as if it was stock, 0 is in between.

(Assuming it's possible for dyno to alter part's specific value instead of whole car's value otherwise this topspeed:accel:score simplification thing is a bust unless drivetrain dyno is gone)

As for the score gains for drivetrain upgrades for each level on every class, I guess it should also weights more for higher levels and classes but i can't be so sure unless proper tests are done.

Weight Reduction and Brakes can stay as it is in my opinion, they are not much serves as augments or add-ons. Not so sure about Nitrous, i usually have them either on Street for low score leveling or Maxed on, well, maxed.

Handling changes for cars are not necessarily needed yet for this. the current stock and maxed values can still be used since it would massively changes the current balance after anyway.

That's all from me for now. Feel free to reply.

TL;DR Balance is suck and we need to find a solution for it.

As we know already, cars balance on the server is a total whack. Balancing is doubtfully would make a big success, as Bartek already said: "Nerfing OP cars will make the 2nd best car OP and the cycle goes on". What's the point of classifying cars into classes while they perform so much different from each other in the same class? That's where this idea came from.

Currently we have very minimal car to choose with if i want to play competitively. We are forced to drive Deluxo if we wanted to score C class toptimes because every other car just don't stand a chance to be as good as Deluxo. I like to drive Uranus more, it's far from what you would call as a bad car but you can't do much with it. Sure, every other car may have scored couple of toptimes too, but you will need like 10 times more effort on your setup and driving while I can easily score a -1 second toptime by just 2 days of starting to drive and tune Deluxo competitively.

With car classes removed, we will rely on car scores to determine which car's faster than which. We don't even need cars handlings to be tweaked (only to certain broken cars) to apply this, we can just use current handlings and give them scores accordingly based on how well they perform. Example, Infernus would be having 380~ score on stock and 500~ when maxed while Turismo would have somehing lower such as 370~ on stock and 490~ maxed score considering it's Inferior to Infernus.

With car scores not being tied to match to cars within it's class, this will hopefully open an opportunity for previously non URL meta cars to be competitive on URLs since they would have different stock scores. Making better car variety on URLs.

How about toptimes? Well then, EVERY single car will have it's own toptimes board. Due to toptimes will be more rarely set, we can change weekly toptimes into monthly toptimes. Giving better competition opportunity and preventing people using rare cars getting free toptime money easier. Rewards and maximum toptime yielding rewards will need a slight change. This will certainly make the previously non best car on it's class to be more driveable and seen driven more often since they have fair toptime to beat with rather than trying to beat the impossible. Making better car variety on regular races too.

On casual player's POV, no car classes will barely give them any impact. They can still determine the performance of their car compared to their opponents by the car score and chose who they will want to race with.

This won't completely eliminate car imbalance. Certain cars may be better than the other car despite having same score. But at least we can easily balance it by raising the said car scores.

Still need to think a way of how unlocking cars works, probably old method where you unlock certain car after hitting certain player RP would work.

Give me your opinions about this. 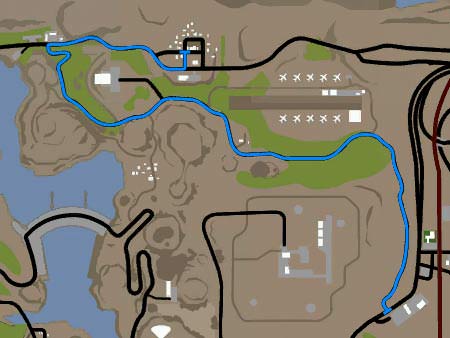